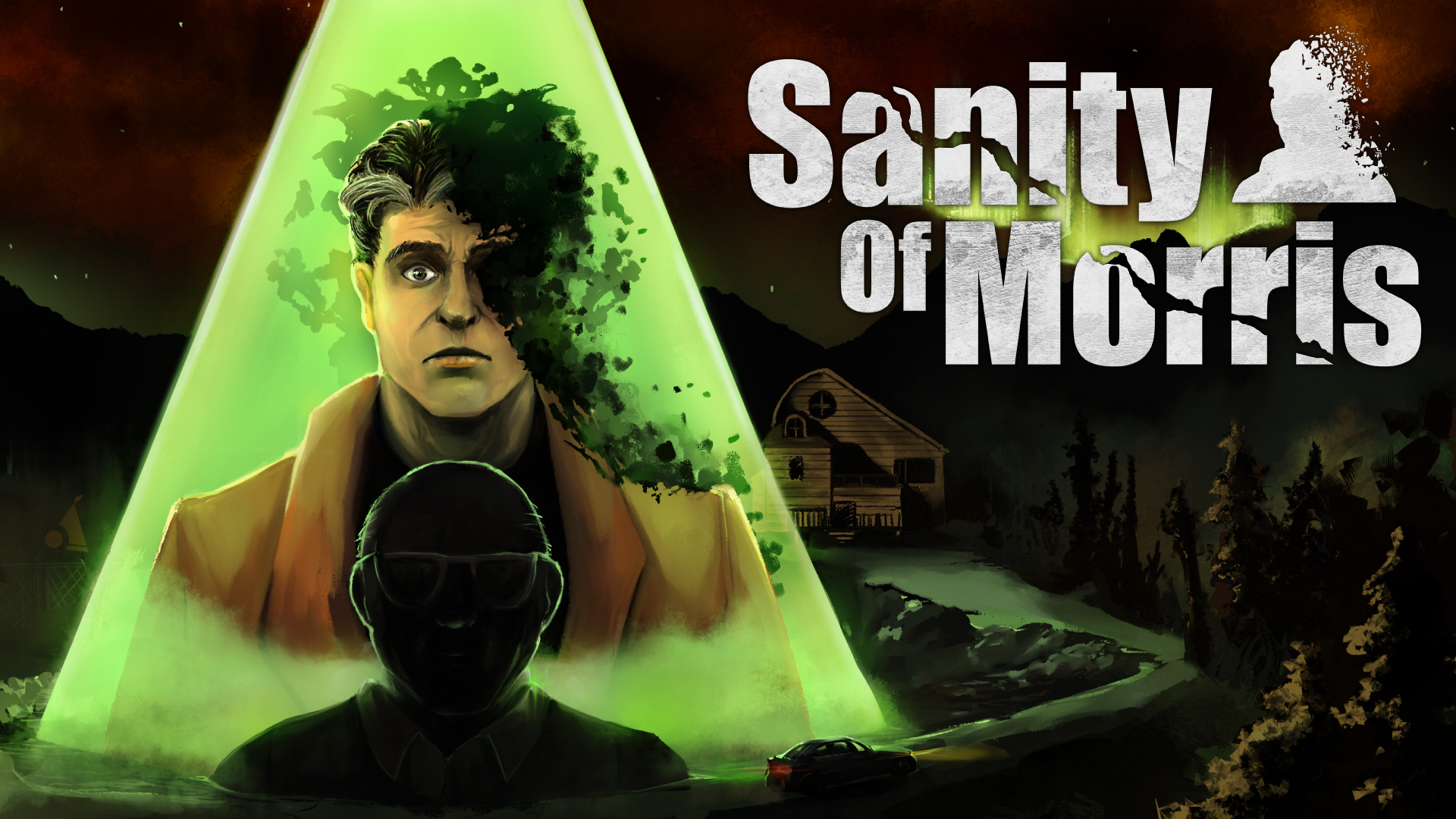 With major gameplay falling in place, puzzle designs being tested and levels that start to look spooky. The time has come for us to finish writing the script.
Alterego Games LOVES to work with voice actors. We did it for True tales of Bloodstreet 13, we did it for Woven and we’re doing it for Sanity of Morris. We will probably always invest the extra time and effort to get voice actors on the team.
It’s why we were extra happy when Sanity of Morris was chosen to be highlighted by the Imagine Film festival. It was hightlighted for it’s narrative and cinematic quality.

Background story
The background story of the game was written a long time ago. Because we love to have a worldbuilder’s approach to game design. For instance, by creating a world with a logical history and order of events first, level design, prop design, game design and coders all work off the same bases. It makes for coherent storytelling.
A lot of the backstory is revealed within the collectable objects, taking you along for the ride.

Script
The script we’ve been working on this week has nothing to do with that. Rather then focusing on history or why this building has this or that name, John has other things on his mind. He’s driving home to meet up with his father, who has left him a strange and paranoid message via voicemail. His father won’t pick up the phone ever since, and that’s why John is making the long drive home.
Spoilers: Things don’t go as planned. Before John knows it, he’s up to his ankles in trouble.

Awarding winning talent
We’ve the honor to work with talented people. One of them is Voice Arts award-winning voice actor Rex Anderson for the role of John Morris. Let me tell you – he does an awesome job in conveying John’s bouts of terror.
These are the last weeks we have to edit the script, because once it is recorded, things are set in stone. Adding Rex’s work to our development build of the game will instantly bring the game from feeling 50% to 90% completed and we can’t wait!

Lastly, a lot of the script from the alpha demo has been rewritten by now, but the alpha is still very much in the direction we’re going for. So if you hadn’t had the time yet, go play the demo here on Steam!

Wishlist the game and follow Alterego Games for more updates!