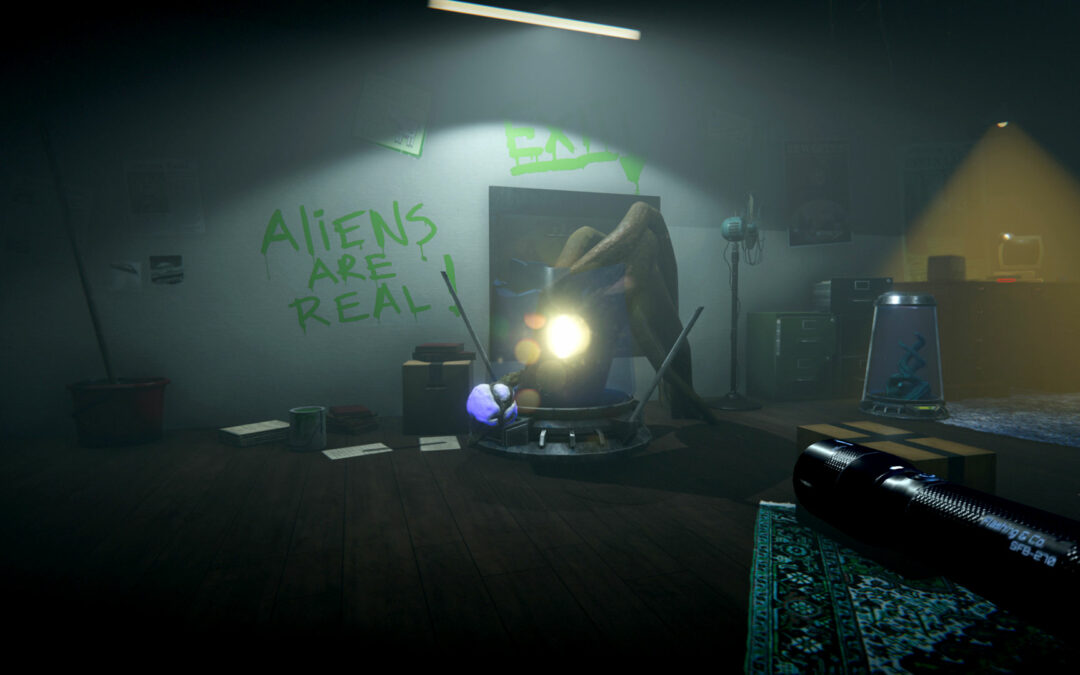 World dressing; making designed-yet-empty levels look good. This is where the talents of our Lord Art Director come into play (yes, that is his behind the scenes title). One of our founder, game-dev, and main worlddresser; Vincent da Silva, has been spending looooooots of his time making the world look pretty scary, pretty well.

Object Design
In the past few months our 3D team has been working hard at creating the 3D assets of the world. Guns, flashlights, guys with mask, chairs, skulls, you name it. As a small team, we don’t have unlimited time or resources to do this, so we have to think smartly with what we can make. Making sure the worlds will have lots of interesting stuff to look out, while also ensuring our 3D guys and galls make it to launchday alive.
With the help of our concept artists, some pretty awesome stuff has created. But that’s just the start.

World Dressing
As a wiseguy once said “A crop of letuce, tomatoes and a cucumber do not a salad make”. The 3D models are ready, but they aren’t yet a level. It’s how they are placed in the world where the magic happens; It’s all in the dressing.

The design for the first level was pretty much done, as large parts of it are included in the alpha demo on Steam. But the second and third level are easily four times as big, so there’s lots to be done, as every object is hand-placed. Check the screenshot above! Imagine placing each discarded paper and each drop of paint.

Where has John gotten into? Curious yet?

Don’t forget to wishlist the game and follow us for more updates!