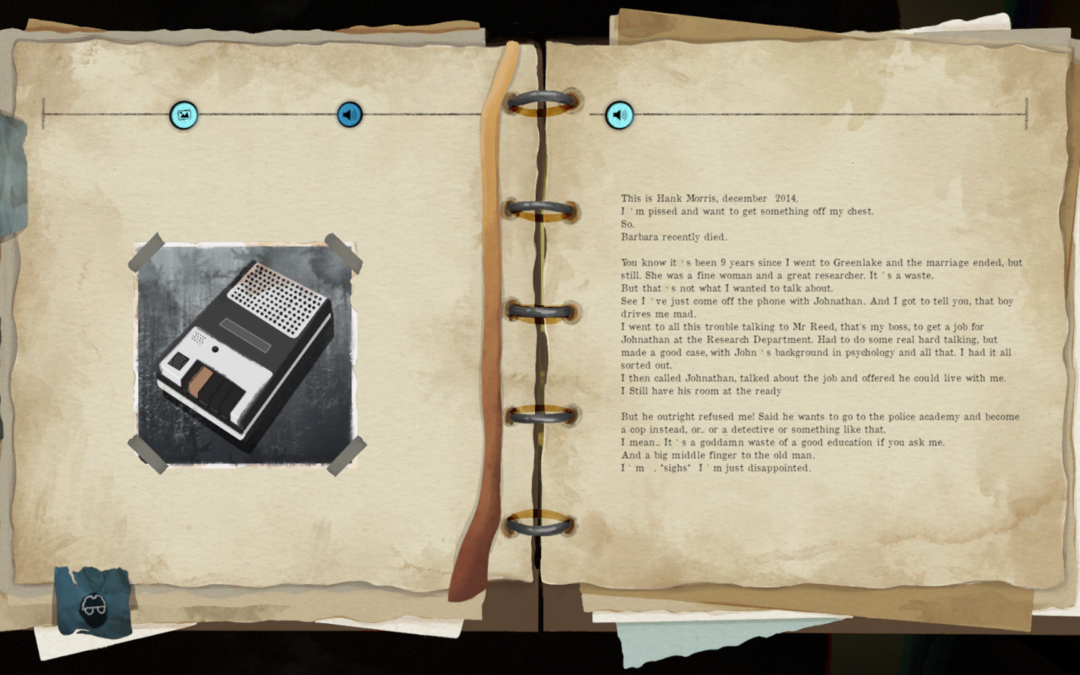 Right. So we’re hiding, and finding our father. That makes sense.
What do we do in the meantime? Well….
We get scared and pick up a bunch of stuff!

We already spoke about Collectibles in our blog about the Journal feature.
But one might ask ‘is this stuff just for the achievement-buffs’ ?

Achievements
First off. Yes! Of course there will be achievements in the game. And seeing as how we’re hiding all our special files, unique pictures and audio tapes throughout the level at the WORST find-able locations, of course we’ll reward you with achievements for having found them all.
We’ll make cool artwork to go with the achievements (because… hey.. we think that’s cool) and make sure there is lots of challenge in it for you.

Story
And no, the collectible-game mechanic isn’t just a ten out of ten fetch-quest. Together, the collectibles tell a big part of the backstory in the game. A file you find might tell you more about your father’s divorce, while a picture hidden away in box might contain the sketch of a secret government project. For those who have played the demo might already have found the audio tapes with Hank’s soothing tones rambling about his old-man concerns.

The collectibles are all extra’s that add to the story. Someone who found them will have a unique perspective of things, but we’re making sure the story will be enjoyable (and hella scary) whether you’re a hidden object hunter or not.

Check the alpha demo out for yourself, there’s already seven hidden collectibles to unlock!

Don’t forget to Wishlist the game and follow us for more updates!