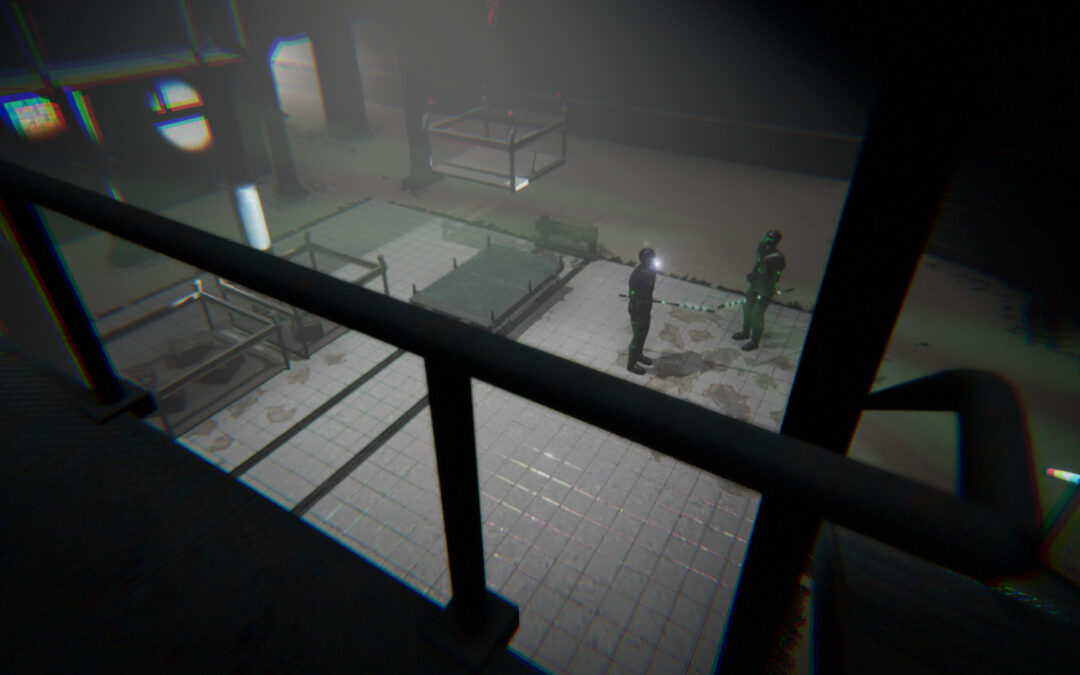 About staying hidden. In Sanity of Morris, being chased by bad-guys with guns is one of the first-minute plot-twists this game has to offer. There are people in Greenlake that don’t want you around, and all you carry around is your journal and a flashlight. Life is like a box of chocolates and you have to run!

This week we’ve been working hard on the AI of the bad-guys. That’s right, you won’t just encounter these guys in the cinematics, but they’ll be actively looking for you in the game as well. You don’t have anything to fight them so staying hidden is important. Three elements of the AI we’ve been working on:

Difficulty
There always is that certain challenge when programming an AI. These guys are hellbent on taking you down, but as a developer, you want to player to have at least some chance of making it to the end of the game. You have to balance making them nasty and smart, but not too smart.
If you are hiding behind the corner, but you are waiving your flashlight around, it would be pretty dumb if they didn’t see you.

Robustness
Also, the AI needs to be robust (meaning that we’re testing the sh*t out of it). In the game there will be doors you’ll be able to close, paths you’ll be able to block, and objects you’re able to hide behind.
But with moving objects like that, you have to make sure the AI doesn’t by accident gets x-ray vision and spots you behind a solid wall (or door) just because it wasn’t there a minute ago. Sounds straightforward, but trust, you have to teach these guys everything. From taking their first steps, to pummeling down players.
They grow up so fast.

Creating an AI that offers fun and intricate gameplay is always a fun challenge, and one that only gets better and better with player feedback.

Want to see the bad guy’s we’re talking about? You might spot them in the demo on Steam! Don’t forget to wish-list the game and follow us for more updates!